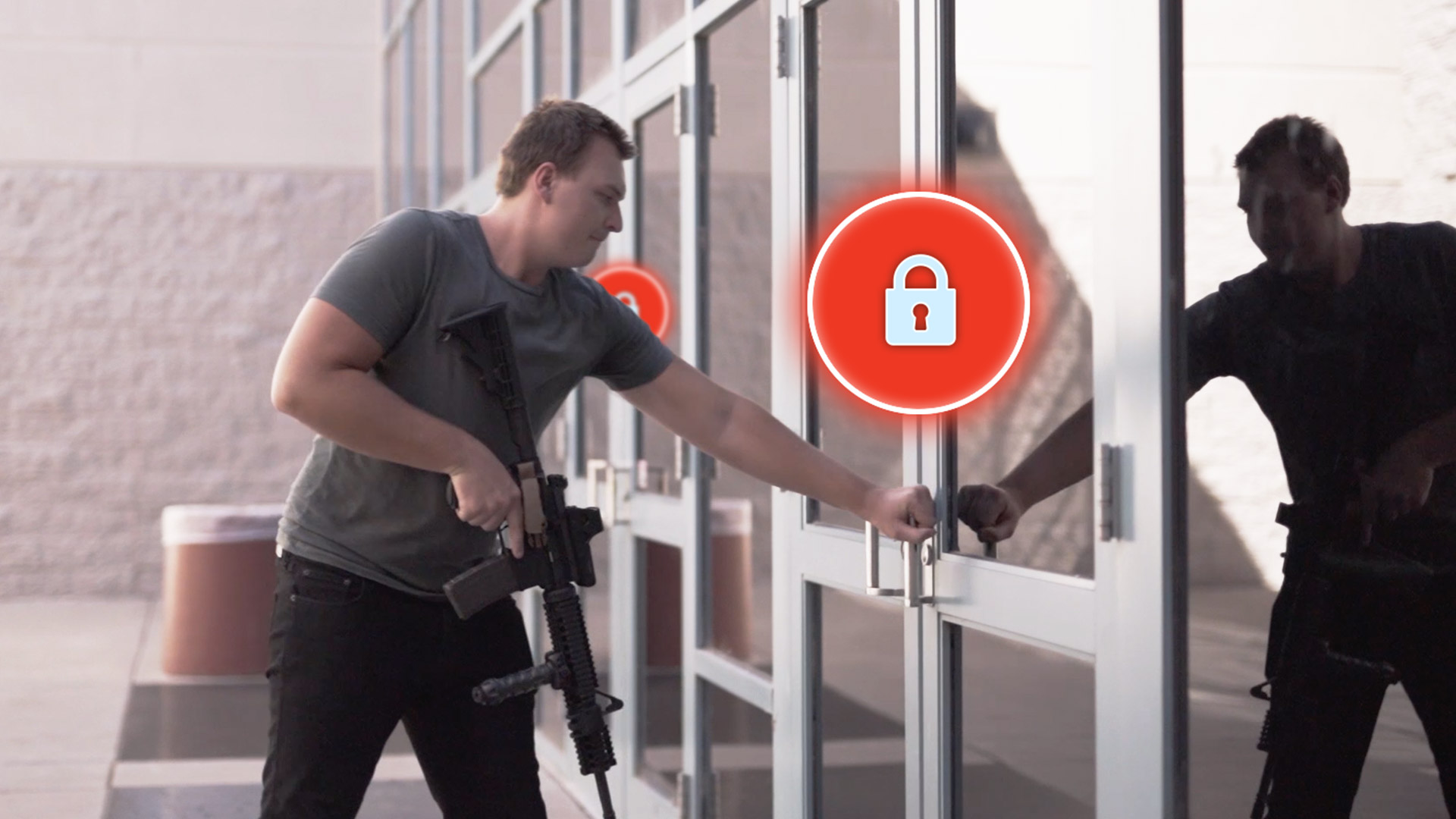 Why Upgrade Your Security During COVID-19

Gun violence has not stopped during the COVID-19 crisis. Whether some or all of your team is back to working at your location, gun violence could happen at any time, and the risk is sadly growing. It’s worth being prepared.

Whether due to the loss of a job (and income), broken relationships, or anger over political issues, millions of Americans are more emotionally unstable today than before, which has led to rioting and violence in many places.

Because gun violence seems rare to many (partially because not much of it makes headlines), it is common for people to be dismissive to the importance of having adequate gun security measures in place. However, it quickly becomes clear that this is not a rational decision when gun violence is compared to other types of risk that are often taken more seriously like motor vehicle accidents and fires.

Most people believe that the risk of fire or motor vehicle accident merits having smoke detectors, fire sprinklers, airbags, seat belts, and insurance in case either happens. However, according to a Business Insider study, Americans are more likely to die of gun assault (excludes suicides and accidental shootings) than by motor vehicle accident or fire/smoke, all of which are now considered leading causes of death in the United States.1

According to the Gun Violence Archive (GVA) non-profit research center, amidst heightened rioting and political instability, 24,911 gun violence deaths have occurred during 2020 as of August 5, 2020, which include deaths from mass shootings, murders, gang violence, and other crimes.2

Additionally, since the COVID-19 crisis began, gun sales have hit new record highs, further growing the risk of gun violence. In March, June, and July of 2020, gun purchase background checks performed by the FBI exceeded 3.6M per month, with 3.91M in June breaking every record. This is a drastic change compared to just 2M background checks in July 2019. March, June, and July of 2020 are now the top 3 months in recorded history.3

There is no industry that is unaffected by gun violence. It regularly occurs in retail stores, office buildings, warehouses, banks, houses of worship, schools, and more.

If you don’t have gun safety systems in place for gun violence, your people are at risk.

Be Prepared During the Crisis

During a shooting, first responders rely on 911 calls to receive critical information about the incident. However, 911 calls are usually delayed until the caller reaches safety, don’t provide a shooter’s image or precise location to law enforcement, and don’t alert onsite security teams. This makes it very difficult for first responders to engage the active threat with precision and optimal speed, and slower critical response can result in preventable loss of life.

During a robbery, most store clerks are instructed to press a panic button only after the incident is over for their own safety and the company’s liability. This gives thieves plenty of time to rob stores undetected (because in most stores, no one is actually watching every security camera 24/7, if any at all).

What can you do?

With a threat detection system like Defendry that immediately alerts you, your security team, and police if someone holding a gun shows up at your building, you can be confident that first responders are best equipped to resolve the incident quickly.

Defendry provides an onsite, AI-powered appliance that scans your security cameras for guns, people banned from your location (like a fired employee who makes violent threats and returns to the office to cause trouble), and intruders.

If a threat is detected, a UL-certified, 24/7 human agent immediately verifies it. A verified threat’s picture(s), description, and location are immediately sent to everyone who needs to know so the emergency can be resolved as fast and safely as possible. Depending on the situation, this can include law enforcement, onsite security teams, and civilians. The human agent also calls and stays on the phone with 911 to continuously describe the shooter’s present activity and sends critical updates to all civilians who have the Defendry SeeSay app.

Additionally, Defendry can integrate with existing access control systems to trigger an immediate automatic lockdown procedure to prevent further entry of a shooter.

Be Prepared After the Crisis

Sadly, gun violence shows no signs of going away, so even after the COVID-19 crisis is over, it could still happen at any time.

Though the trend of gun violence is growing during the COVID-19 crisis, the trend is not new; it has been increasing consistently over the past two decades.

The FBI reports that the number of active shooter casualties per year increased by 3,429% from 2000 to 2019, starting with 1 incident resulting in 7 casualties (killed plus injured) in 20004 and ending with 28 incidents resulting in 247 casualties in 2019.5 The FBI defines an active shooting very narrowly as “an individual actively engaged in killing or attempting to kill people in a confined and populated area”, but excludes gang or drug violence, suicides, and many other types of gun violence.6

Adding security measures now ensures you’ll be ready in case of the worst. In case gun violence makes its way through your doors due to domestic violence seeping into the workplace, angry ex-employees, or even an act of terrorism like an active shooting, having automatic gun violence detection, deterrence, and reporting in place by a product like Defendry is something that it’s best to have in place long before an emergency occurs.

Grow Employee and Guest Confidence in Your Location’s Safety

During a gun violence incident, people are frequently killed, injured, and emotionally harmed; facilities are severely damaged by ballistic impacts and emergency response efforts; and the community’s sense of safety and well being is permanently scarred. According to former FBI Director, James Comey,

“Many Americans feel that no place is safe – schools, places of worship, worksites, or public gatherings. Fear like that can become disabling, and that is no way to live.” 8

Strengthening your security with a system like Defendry can also greatly grow the confidence of your team in your security measures. When team members receive the power to submit anonymous tips directly to security 24/7 with the Defendry SeeSay app and know that they will be the first to be alerted if there is an emergency, they will be all the more confident in your leadership.

Turning your passive surveillance cameras into a proactive, life-saving solution that expedites emergency response efforts with Defendry is a great decision. Help save lives, strengthen people’s peace of mind, and optimize emergency response protocols. Installation is simple and easy, and Defendry is just a low monthly cost. Financing is also available.

Join other organizations that have chosen Defendry to protect their location, which include office buildings, a private school, and even a national park. Your people’s safety matters.

Ready to upgrade your security system to guard against gun violence?

Speak with a Defendry Representative today